It’s hard to imagine Asheville as anything other than a free-flowing Mecca of craft beers. Of the fifty-plus breweries in the Western North Carolina mountains, Asheville hosts nearly thirty. Commended in Forbes Travel and CNN for its beer-worthiness, our scenic metropolis is third in the nation for breweries per capita.

It is harder still to picture our local breweries’ cultural and economic contributions dwindling because of uncontrollably spiking beer prices, or to fathom stopping at just one artfully-crafted beer because of its strain on the wallet. It is simply impossible to entertain the prospect of beer shortages. In these scarcely imaginable scenarios, governmental failure to arrest price hikes and shortages would be too ridiculous to consider. 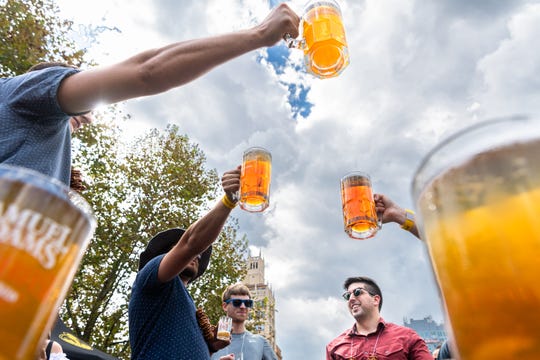 Beer, after all, unites people of diverse ideologies everywhere in the fellowship inspired by the world’s most consumed alcoholic beverage. Indeed, half the US Congress belongs to bipartisan Small Brewers’ Caucuses. (Patrick McHenry, R-NC, 10th District, is one of four vice-chairs of the House caucus.) So, what could possibly hinder access to beer with such unified government support for the industry?

It would seem an unlikely agitator in the craft beer marketplace; but barley and hops are indispensable ingredients for brewing beer, and these crops are already seeing the effects of a warming climate. In the principal barley-growing states of the Pacific Northwest, farmers report more erratic weather, with heat streaks, dry spells, and rains being more unpredictable in onset, duration and intensity.

Accordingly barley yields are less stable in amount and quality, and therefore less reliably suitable for malting, the critical phase of the brewing process. In 2016 the Montana Farmers Union commissioned an economic study of climate change’s impact on agriculture there. The findings: a 25% reduction in grain production, including barley, by mid-century. Nationally, barley crops have been displaced by corn/soybean crops due to less profitability and shifting climate zones (moving north to Canada).

However, craft beer is particularly vulnerable to price shifts since it tends to use 3-4 times the amount of malted grain – mostly barley – than non-craft beer….