This year, we learned just how quickly a disease can spread across a globalized world. But centuries before the travel time between Wuhan and Portland, Oregon shrank to just a few hours, diseases booked passage around the world on explorers’ ships and in their bodies. The infection rate may have been a little slower but it was no less devastating. 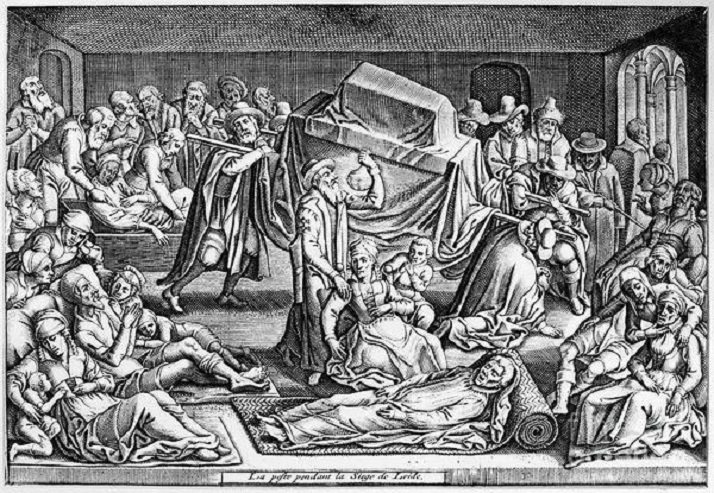 The Justinian Plague, which began in 541 AD, is considered the first pandemic in recorded history.

The Roman Empire brought some northern African diseases to Europe, and markets flourished with not just new, exotic goods, but also several types of flu and the bubonic plague. Between the fifteenth and eighteenth centuries, indigenous populations in the New World and Australasia, with no previous exposure to European diseases, died in uncountable numbers. Meanwhile, the explorers — vectors of illnesses that meant little to them but were fatal to those without antibodies — brought home the lasting gift of syphilis. For many explorers, illness was considered part of the hardships of the trail. The native peoples they met suffered in a less voluntary way.

From the beginning of trans-oceanic exploration, dangers awaited even at sea. Long sailing voyages with poor hygiene, stale water and food from which certain subtle but essential nutrients had been lost, caused a tragic toll on ships’ crews.

The most feared ailment of all was scurvy, a debilitating disease that destroys the body’s connective tissue, causing lethargy, blotchy skin and rotting gums and teeth. Old wounds reopen; fractured bones re-break. If not treated, scurvy leads to death. Its mysterious cause was particularly frightening and confusing. It took an intellectual leap in the early twentieth century to consider it as an absence of something, in this case Vitamin C, rather than a poison found in foods or stale air.

Signs of severe scurvy have turned up in the skeletons of Christopher Columbus’s crew in what is now the Dominican Republic, on Columbus’s second trip. 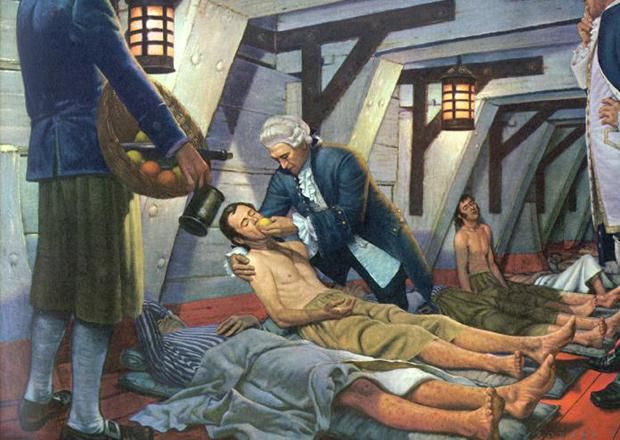 The Scottish doctor James Lind was the first to administer citrus juices to combat scurvy among sailors.

From trial and error, but without understanding the disease, mariners eventually began carrying antiscorbutics such as lime juice on their voyages. Sometimes, even that was not enough. James Cook stocked sauerkraut, carrot marmalade and concentrated lemon and orange juice, and brought fresh fruits and vegetables on board as often as possible during stopovers, but scurvy eventually turned up among the crew. Read more about scurvy on long sea voyages here.

Once on land, other dangers awaited, especially in the Tropics but also in the polar regions.

For arctic explorers, the situation on land was…