Any beer left in pub cellars when pubs are forced to close for a second lockdown will have to be ‘tipped down the drain’, pub bosses warned, as it emerged restrictions are set to include a ban on selling takeaway pints.

Under the new regulations, which come into effect on Thursday, pubs and bars will not be able to serve alcohol to take away – as was permitted during the first lockdown.

It will be another blow to the beleagured hospitality industry that has been left reeling by the announcement of a second lockdown.

Under the new measures all pubs, bars and restaurants will be forced to close for at least a month as coronavirus cases rise. 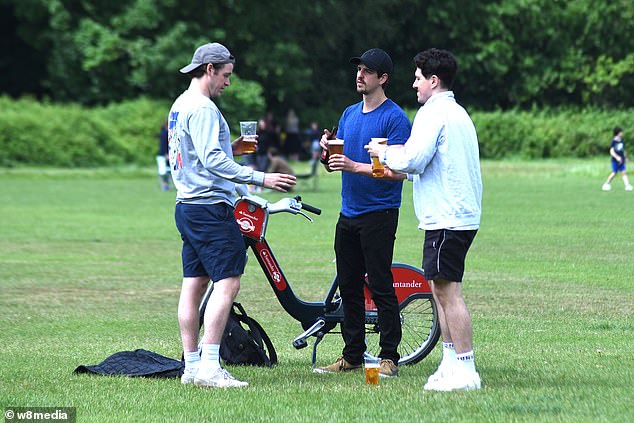 Takeaway pints were popular when pubs were allowed to partially reopen following the easing of restrictions after the first lockdown. Pictured: Three friends enjoy a beer on  Wandsworth Common earlier this year

Jonathan Neame, chief executive of the Shepherd Neame brewery, said that the new measures were ‘soul-destroying’.

Speaking on the Today programme he said the hospitality industry had ‘zero trust’ in the Government.

‘During lockdown one there was terrific support for local pubs from local communities,’ he said.

‘People want their pubs, they came back in droves. They want to see the pubs survive and thrive.

‘They want them to be there for their children’s generation so they bought into the take home thing.

‘Now we’re told that all the beer that is in pub cellars, we can’t even sell a pint of ale as a takeaway with a meal during lockdown, so we’ve got to tip that all down the drain.’

Official guidelines state that although restaurants, bars and pubs must close from Thursday, food takeaway and delivery services are still permitted. 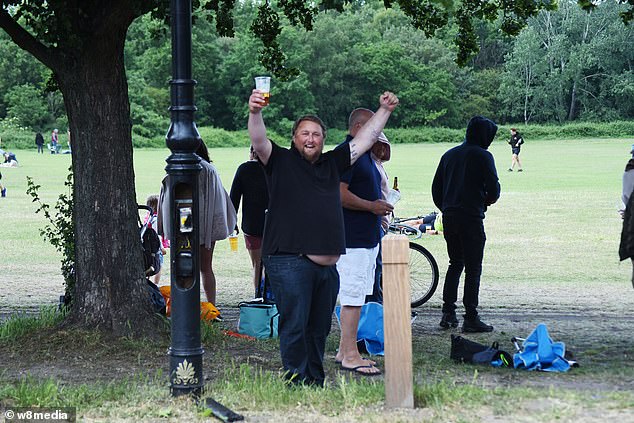 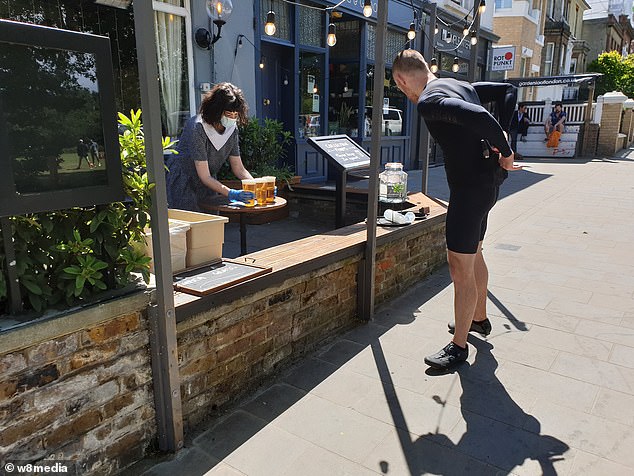 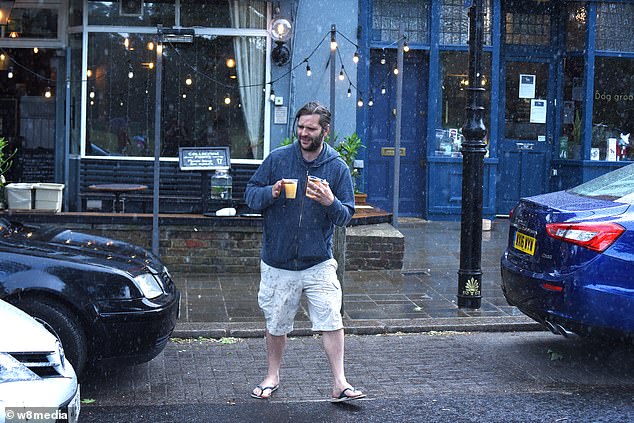 Several independent breweries have voiced their concerns online and asked to be given ‘a fighting chance’ by being allowed to serve alcohol to take away.

During the first national lockdown around 2,000 pubs, breweries and cideries were put into a directory of venues, to encourage beer and cider drinkers to support the industry.

The move was credited with boosting the struggling hospitality industry after pubs, bars and restaurants had remained closed throughout the first lockdown.

With the sunny weather coinciding with the easing of lockdown, particularly around the May bank holiday, Brits flocked to…