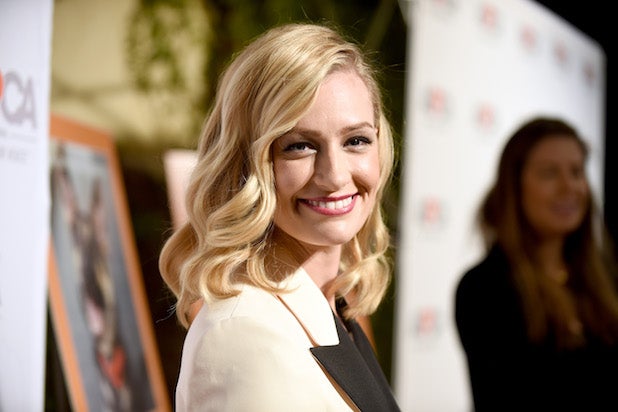 Lionsgate has acquired a comedy script co-written by “2 Broke Girls” star Beth Behrs called “Wine and Crime” about a group of wine-drinking friends caught up in their own true-crime investigation.

Behrs made her screenwriting debut with “Wine and Crime” and co-wrote the film with Cassie Daniels and Mark Bartosic. It’s the story about a group of baby boomer female friends and true-crime enthusiasts who bond over their shared love of Sancerre and serial killers when suddenly they find themselves thrust into the middle of their own true-crime investigation.

Kristin Burr will produce the comedy and mystery for Lionsgate through her Burr! Productions banner, which is based at the studio. Jessica Friedman will co-produce. No cast has been set.

Beth Behrs is know for her role in the CBS sitcom “2 Broke Girls” and also currently stars on “The Neighborhood.” She is represented by CAA, Anonymous Content, Viewpoint and Hirsch Wallerstein Hayum Matlof and Fishman.

Daniels and Bartosic are a writing duo who wrote the screenplay for DreamWorks and Montecito’s film “Besties.” They are represented by Stride Management and Kopeikin Law.

Aaron Janus and Chelsea Kujawa are overseeing the project for Lionsgate.  Phil Strina negotiated the deal for the studio.