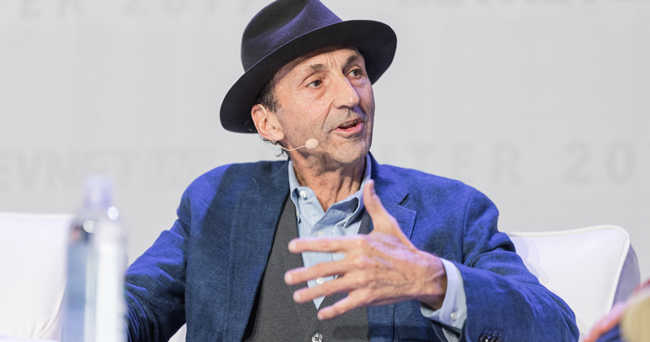 Greg Steltenpohl, the innovative juice executive who twice brought progressive, environmentally and socially conscious brands to national prominence, was deep into a triumphant second act as a businessman — and force for good — when he passed away this week.

This came too soon for all of us, industry and media and friends, family, and associates alike.

Greg was a great person: an idealistic, humble, cool, caring, charismatic older brother to so many of the people he inspired. He was idolized as a pioneer not just because of what he created in Odwalla and Califia, but because he bore the scars that came with having been one of the first entrepreneurs through the door of the natural food business. With hip dignity, he wore both the triumphs and setbacks of a pioneer.

Greg never stopped evolving, or helping the people and institutions around him evolve. It’s remarkable to me that a guy whose entire life seemed to center around the intellectual liberalism of San Francisco and Northern California could all of a sudden pick up and relocate to flashy Los Angeles, immediately finding community and fellow travelers, identifying substance where others might find vapidity, then actively contributing to its cultural revival by linking the new Califia headquarters with the revival of the Downtown L.A. Arts District.

Greg was part of the ballyhooed group of businesspeople in the late 1980s and early 1990s who pioneered the idea that companies could do well by doing good. Greg, Ben Cohen and Jerry Greenfield, Gary Hirshberg, Steve Demos, Emanuel Bronner: their enterprises helped create the legend of this heroic, misfit rebel, the ones who injected social values into the world of consumer commerce.

But I would posit that, among that group, Greg’s business career became legendary because he publicly wore the hard lessons as well as the easy ones. In the 1980s he had started Odwalla Juice, launching the fresh juice category in grocery and eventually taking the company public in 1993. In 1996, at the height of its sales, an E. Coli outbreak traced to Odwalla’s apple juice killed one consumer, sickened others, and the company, rescued from bankruptcy by private equity firms, was eventually sold by those investors to the Coca-Cola Company. As a company, Odwalla eventually pleaded guilty to federal criminal charges, and paid millions of dollars in civil cases — but Odwalla’s leadership also received praise for pulling its product quickly from shelves, offering to pay medical bills, and accepting responsibility for the outbreak before authorities officially blamed them.

The trip to Califia wasn’t a direct line from Odwalla. In fact, before that second company, Greg took his lumps with Adina for Life, a failed juice partnership that started as a socially conscious business, this time aimed at supporting fair-trade, organic, and natural…