Wolf’s Ridge Brewing started as a cramped basement brewpub setup below one of the best-regarded restaurants in Columbus, Ohio. On Chris Davison’s watch since 2014, the brewery grew to add a 30-barrel production brewhouse. Wolf’s Ridge notched its first Great American Beer Festival medal in 2019 with a silver medal for Daybreak, a cream ale with coffee and vanilla—its golden appearance failing to prepare the drinker for an aromatic hit that’s like walking into a roastery. It also happens to be their bestselling beer, outselling their IPA by a sizeable margin.

In this episode, Davison talks about how early experiments with infusing corny kegs with different flavors—just to help fill out the restaurant’s many taps—led to a lot of learning and ulimately some their most successful beers—including Daybreak.

Among other things, Davison discusses:

This episode is brought to you by: 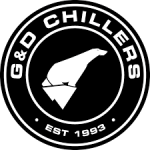 G&D Chillers – As the brewing industry’s premier choice for glycol chilling, G&D Chillers has set the standard on quality, service, reliability and dedication to their customer’s craft. New this year, Redundancy meets Efficiency! G&D’s Micro-Channel Condensers are built with all aluminum construction which eliminates galvanic corrosion. Using half the refrigerant of conventional condensers with fewer brazed connections, translates to a lower GWP and less opportunity for leaks. Call G&D Chillers today to discuss your project or reach out directly at GDChillers.com