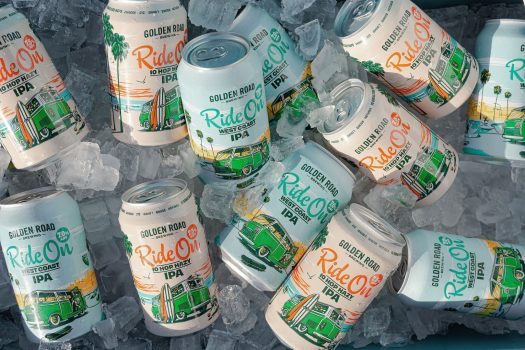 Two new IPAs from Los Angeles-based Golden Road Brewing, both canned under the brand new “Ride On” sub-label, which appears to be devoted to the peculiar culture of surfing and the VW minibus. Let’s drink.

Golden Road Brewing Ride On 10 Hop Hazy IPA – Made with 10 types of hops, for Golden Road’s 10 year anniversary. Initially bright and fruity, with notes of tangerine, lemon, and guava, things take a turn toward a slightly funky character as the beer’s maltiness grows, competing heavily with the hops. A bit syrupy throughout, with notes of maple and tree sap emerging as the palate builds, the finish never quite gelled for me, especially as the beer warmed up. 7.5% abv. B

Golden Road Brewing Ride On West Coast IPA – I like a beer that tells you exactly what it is. West Coast IPA: I get it! Not many surprises here given that setup, though this is a bit more tropical than the typical California IPA. There’s an ample, piney bitterness here, a touch resinous but nothing unmanageable. A touch green, slightly nutty on the finish, with a scoop of lemon curd. Fine. 7% abv. B 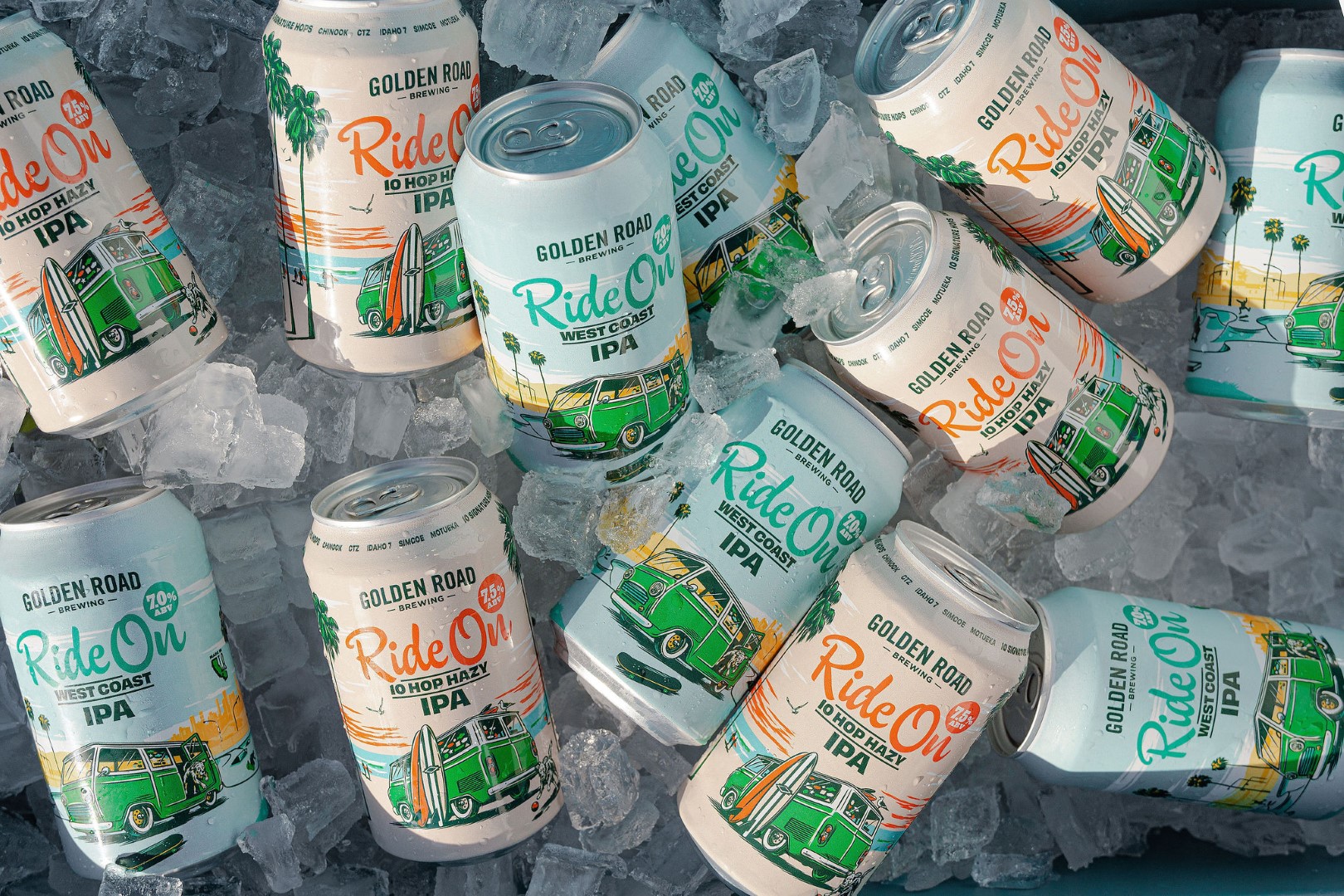