We’ve been keeping tabs on North Carolina’s Southern Distilling Company for a few years now. The distillery remains one of the largest, if not the largest, in the state and continues to expand their portfolio. Initial offerings, some of which we covered in 2019, relied mostly on whiskey distilled by MGP, but the distillery is close to phasing out those sourced stocks. An entire line of house-distilled wheated bourbons, dubbed Paragon, was added in late 2021, and we’ll get to those in time. But today we’re taking a fresh look at their Standard Bourbon, which has changed quite a bit, plus the distillery’s Double Rye offering. Thoughts follow.

Southern Star Standard Bourbon (2022) – Chris wasn’t blown away by this one when he first sampled it back in 2019, but that whiskey, according to the distillery, was mostly MGP blended with a small portion of young house-distilled bourbon. More recent bottlings are made with a majority of high rye recipe bourbon distilled by Southern Distilling. From what I can recall, this is indeed a totally different bourbon. The aroma lacks the earlier abundance of youthful creamed corn and instead showcases a more fully-formed and well-aged mix of baking spice, toffee, and oak. The palate is still sweet but less saccharine and more lush with an almost syrupy mouthfeel. Notes of clove and cinnamon stick, butterscotch, and barrel char present a profile that’s classic yet hard to put down. The balance is perhaps the most remarkable improvement, with all those “standard” bourbon notes pleasantly wrapped in a soft rye spice and a gentle yet still warming heat that slowly fades on the medium-length finish with more spice cabinet and a bit of tobacco. Much improved. 90 proof. A- / $50

Southern Star Double Rye – This whiskey is a blend of MGP-distilled 95/5 rye aged 2 years and Southern Distilling’s own 51% rye recipe made with local grains and also aged 2 years. It’s youthful and spiritous on the nose, with some raw rye spice, subtle herbs, and a big helping of fresh wintergreen. That isn’t to say this smells undercooked, but the spice and oak are definitely tempered, where they are present at all. On the palate, the lack of wood-driven elements is again evident, as it offers up a big sweet slug of muddled mint, a nice, peppery rye spice, but little else. Secondary notes of clove and watery caramel add some complexity, and the finish, while a tad short, shows the beginnings of some chocolatey barrel char and baking spice. An approachable rye for those getting into the category but perhaps not big enough for proper cocktailing or complex enough for the diehard rye lover. 88 proof. B / $30 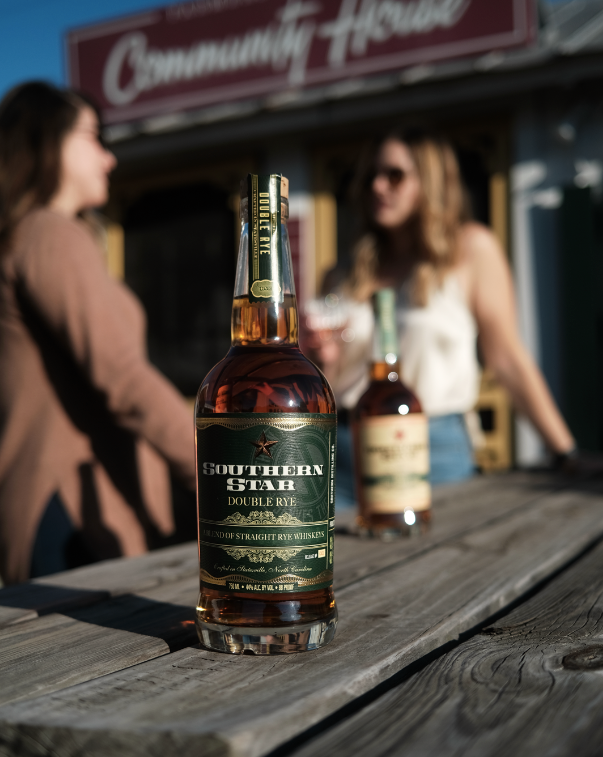 Martini Recipes (and Riffs) From This Fall’s Best Bars

Martini Recipes (and Riffs) From This Fall's Best Bars

3 Bartenders, 3 Waste Free Garnishes to Use and Why