Jack Daniel’s has formally renamed its Tennessee Tasters’ Selection series (which was a mouthful) to the more straightforward Distillery Series. The idea remains the same, however: These are experimental, one-off releases that are available only in Tennessee.

The 8th and 9th installment in the series both start with JD Straight Rye Whiskey, then finish them in heavily toasted — not charred — barrels of different types, one made from maple, one from traditional oak.

Intriguingly, the maple barrel was selected by JD Taster Josh Phillips, while the oak version was selected by his wife, Assistant Distiller Lexie Phillips. There’s couple’s bragging rights resting on the outcome of this review, folks.

Both are bottled at 101 proof.

Jack Daniel’s Distillery Series Rye Whiskey Finished in High Toast Maple Barrels – Originally barreled in March 2017 then finished in high-toast, no char maple barrels in September 2021. The maple influence is palpable and quite unique, right from the start. Sugary and almost candied on the nose, the sweetness is balanced by a sizable wood component, offering a hint of green wood and pepper. Big, but elegant. The palate follows in line, focusing heavily on maple and butterscotch notes, with vanilla underneath. There’s not much in the way of rye character, plus much less wood on display here, with flavors moving to cherry and apple fruit with a little time in glass. It’s a bit hot on the finish, so give this one a splash of water to help mellow out its flavors. A-

Jack Daniel’s Distillery Series Rye Whiskey Finished in High Toast Oak Barrels – Originally barreled in summer 2014 and then rebarreled in high-toast, no char oak barrels in October 2019. There’s a really hard edge here that I definitely don’t associate with Jack Daniel’s, kicking off with a nose laden with lumberyard and char notes (toasted barrels or otherwise). Dark chocolate and pecan pie notes come into focus slowly, with a maple note emerging after. (It’s worth noting that I sampled this before the Maple Barrel expression.) Heavy on the palate, there’s lots of corn and lots of cereal before a sweeter element kicks in. Again a maple note comes through, with baking spice finally creeping into focus on the finish. The empty glass is quite dusty on the nose, something I’d associate more with a heavy char finish vs. a heavy toast. B 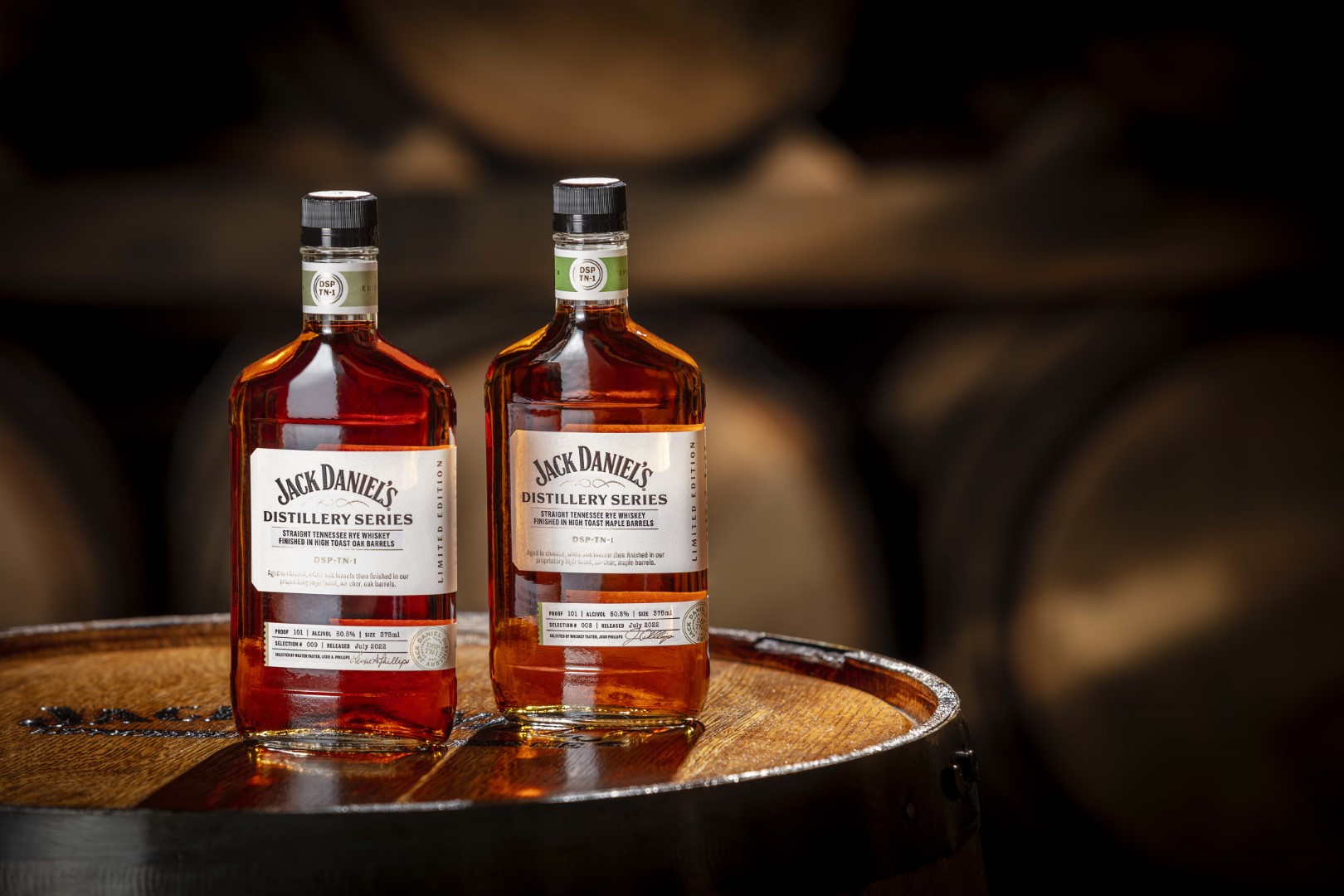 It’s the Most Wonderful Rye of the Year! Sagamore Spirit Creator’s Cask Makes the Perfect Gift

Best Bartending Tools for Beginners • A Bar Above