While last year’s Kentucky Oak Edition seems to be getting all the attention stateside, Redbreast actually launched another limited edition even earlier, in late 2021, and with it something of a line extension dubbed the Iberian Series. To wit:

Redbreast Irish Whiskey has unveiled a new collection of whiskies, the Iberian Series, which celebrates the brand’s long-standing connection to some of the Iberian Peninsula’s most celebrated cooperages and winemakers. Redbreast Pedro Ximenez Edition will join the award-winning Lustau Edition in the inaugural Redbreast Iberian Series line-up, demonstrating how Ireland and Iberia’s rich heritages can combine to create whiskies that are truly extraordinary.

The first limited edition release to join the series, Redbreast Pedro Ximenez Edition is a single pot still Irish whiskey, triple-distilled and initially matured in ex-bourbon and oloroso sherry casks before being re-casked into delectable Pedro Ximenez hogsheads from the southern tip of Spain for a minimum of 12 months. Just half the size of a standard sherry butt, the increased surface area of the hogshead intensifies the flavour contribution from the Pedro Ximenez-soaked wood, imparting notes of treacle, raisins and orange zest thanks to the sweeter grape variety used in the world-renowned sherry.

Redbreast Lustau Edition – launched in 2016 to critical acclaim – will remain the anchor expression in the Redbreast Iberian Series and will be joined by a new Limited Edition release from time to time. Each subsequent expression in the series will represent a new chapter in exploring the casks, flavours and aromas from this region.

While we patiently wait for our sample of Kentucky Oak, let’s catch you up on the latest edition to the new Iberian Series.

The aroma is initially dominant with juicy citrus and dark fruits, but with a little time to open up, things balance out quite a bit. The citrus quickly becomes softer orange peel, and those fruits stew a little longer, adding a nice depth and richness. The characteristic fresh grain and black pepper notes of the pot still style still lurk underneath it all, but the finishing adds an edge of creamy sweetness. On the palate, lots of sherry influence presents itself immediately with a bit of acidity accenting an otherwise oily, almost lush, mouthfeel. Things sweeten generously into the mid palate with notes of pulpy orange, sugary berry compote, and Medjool dates. Dark chocolate, tea leaves, and red licorice arrive on a generous, warming finish that lingers with notes of dried currants, oak, and soft spice. 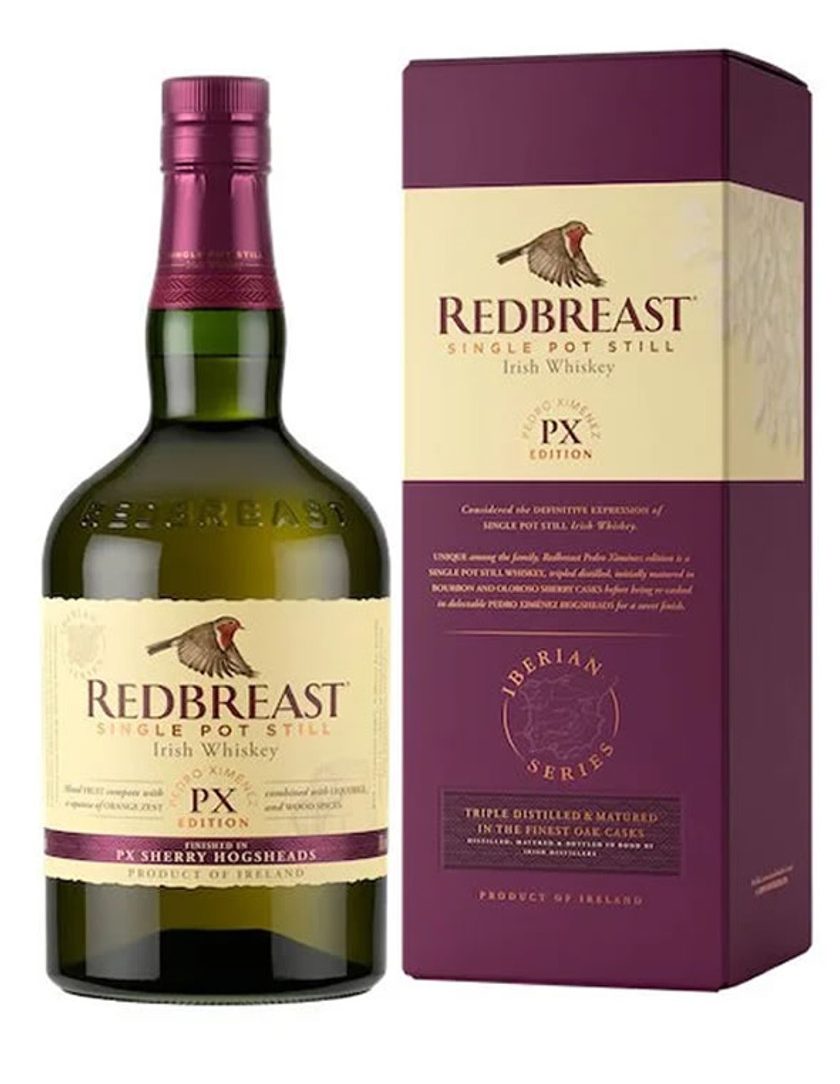 Hell’s Kitchen Gets Hotter with Rosevale Kitchen and Cocktail Room

For Whiskey and Beer Nerds, the “Shelf Turd” Abides

For Whiskey and Beer Nerds, the "Shelf Turd" Abides

The Brunch Punch Made with Lavender Mint Simple Syrup

The 10 Best Bartending Gifts • A Bar Above