Village Garage Distillery (housed in a former garage for the local highway department, hence the name) can be found in Bennington, Vermont, where it was founded in 2018 and began releasing products in 2021. All of the company’s spirits are made in the state — though not necessarily by the company itself. In addition to the two reviewed here, the lineup includes a rye and a vodka (and now a gin).

Let’s try the two whiskeys we received for review.

Village Bourbon – Contract-distilled Vermont bourbon, with a 60% corn, 40% rye mashbill, 5 years old. Sharp on the nose, with a clear and bold apple note, which feels appropriate for the region. Some wood influence here, but it’s dialed back and resting under the weight of all those apples. Notes of butterscotch and some cherry soda are also in the mix. On the tongue, the whiskey is very sweet, which is unsurprising but perhaps a bit much at times. As the whiskey builds that Butterfinger sweetness fades, leaving behind a somewhat rugged, rye-driven, cereal-heavy quality to fill in the void. Hints of ginger snaps on the finish make for a lively conclusion, but the whole affair feels light and airy, lacking much in the way of gravity. Add water and it fades away into nothing. So don’t. 90 proof. B+ / $55

Village Bonfire – “Inspired by the campfire, Head Distiller Ryan Scheswohl combines Village Garage’s 5 year aged Vermont whiskey with locally sourced, smoked maple syrup.” Very curious stuff. The nose hit me up front not with any of the above elements but with notes of fresh-cut lettuce, corn chips, and fresh pepper. I assumed I had gone insane, but repeated visits failed to turn up any of those apple or maple or smoke notes that I was expecting. The palate fortunately doesn’t create any such confusion. Smoky maple indeed dominates, with notes of toasted caramel and marshmallow on the back end. The peppery rye notes in the bourbon manage to peek through, however, if only fleetingly. Ultimately, this drinks more like a liqueur than a whiskey, though the alcohol-driven bite leaves a cinnamon-punched impression. I was enduringly confused by this whiskey from start to finish. That’s not always a bad thing, but in this case, I was expecting something more straightforward. 90 proof. B / $50 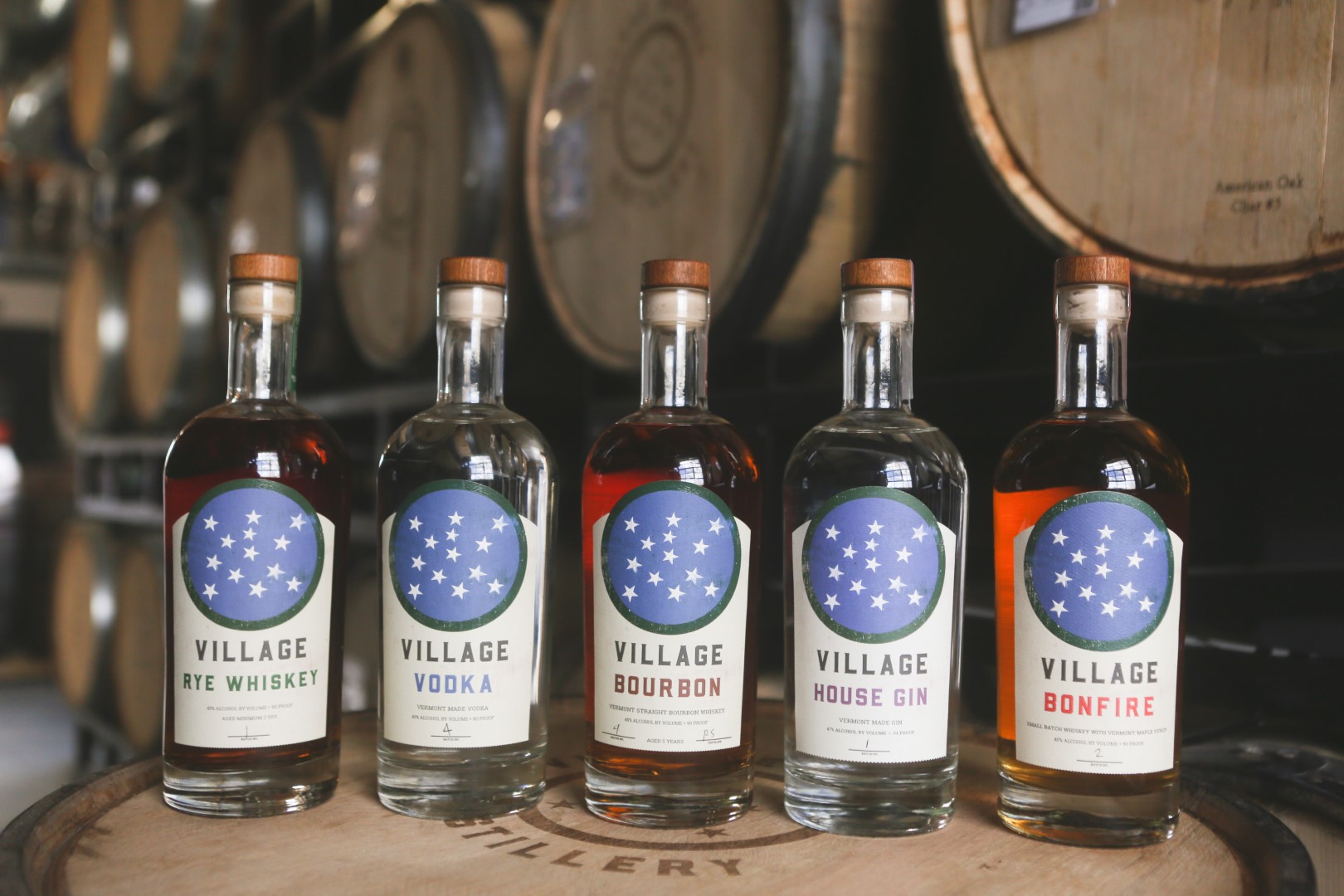